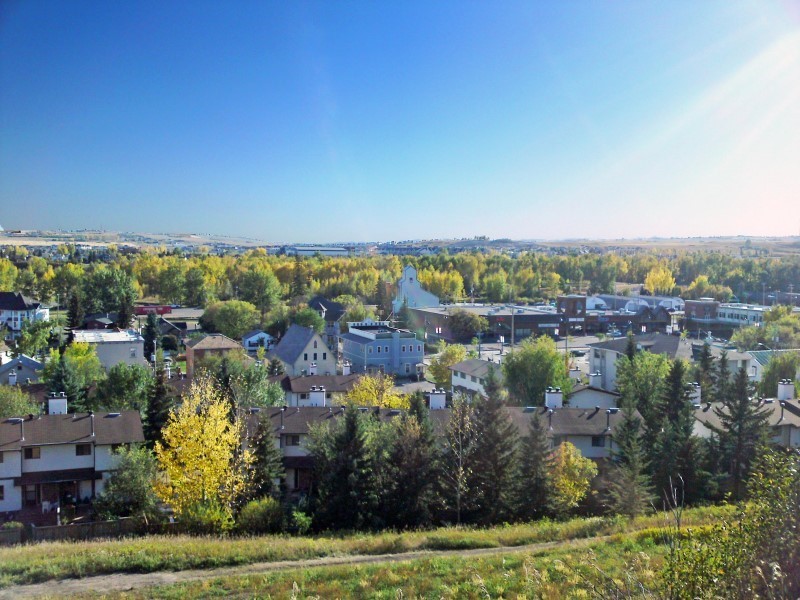 Okotoks Food Bank Association has been serving individuals and families residing in the Town of Okotoks and the surrounding region, including Aldersyde, Davisburg, DeWinton, and parts of the MD of Foothills, since 1985. At that time, it became apparent to the four local churches in Okotoks (St. Peter’s Anglican Church, Okotoks United Church, St. James Catholic Church, and the Evangelical Free Church) that there was a need for a Food Bank to help those who found finances tight and struggled to put food on their table.

As the town grew and the need became more urgent, additional churches and volunteers became involved and a second day was added to the schedule. In 1992, St. Peter’s Church moved to new premises on Riverside Way and the Food Bank moved with it. When the Food Bank outgrew its space there, Okotoks United Church offered a room in their new building (formerly the Ginger Tea Room) on Riverside Drive, with extra space in the basement. Up until this time, all those involved were volunteers including the Executive Director, Leah Carter.

In 2010, Okotoks Food Bank Association was incorporated under the Societies Act and a Board of Directors was formed with Karen Wilke at the helm as a part-time Executive Director.

The search for an adequate permanent building began in 2013 and the fundraising campaign was underway. Paul Rockley and Bill McAlpine headed up this capital campaign and were instrumental in making the dream of a new, permanent home for our Food Bank, a reality. In March 2014, the present location at #7, 109 Stockton Point was opened.

Fast forward to 2017 when we distributed 1,478 hampers to 518 individual households and recently leased additional office and warehouse facilities to accommodate the increased demands put on the Food Bank due to the economic downturn.

Our incredible team of both paid staff and volunteers is managed by Pamela McLean, the full-time Executive Director, and governed by a Board of Directors.

We are a registered charity and provide tax receipts to donors. We are supported by nine ministerial churches and many remarkable community members. We receive the support of food and monetary donations from Food Drives, Fundraisers, and donations from individuals and businesses.